MGRS and USNG 100,000-meter Square Identifications are Different when Used with the NAD 27 Datum

Both the MGRS and USNG systems default to the WGS84 datum. They differ when used with the NAD 27 Datum. This is particularly important to users within the Continental Unites States, where many topographic maps produced by the United States Geologic Survey are referenced to the NAD 27 Datum. The MGRS System shifts the second letter of the 100,000-meter square identification by ten letters (excluding I and O). The USNG system does not make this letter shift, but does require that the datum be specified.

The example coordinate we have been using would look like this when referenced to the NAD 27 Datum:

To learn more about Map Datums follow this link: Map Datums and why they are so important

The letter shift also occurs in MGRS when working with other datum that use the Bessel 1841 and Clarke 1880 ellipsoids, which includes much of Africa, Japan, Korea, and Indonesia. When you are working with old maps and MGRS coordinates, be aware that occasional unusual letter adjustments have been used in the past.

Find the 100,000-meter Square Identification on Your Map

Most modern maps that are designed with MGRS or USNG will have a small box in the margin with the Grid Zone Designation and the 100,000-meter Square Identification. Map that span more than one 100,000m square will show a diagram with both square id's. Most USGS topographic maps printed before about 2014 will not have this information on them. 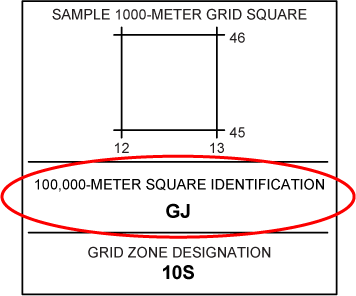 Your GPS will determine the 100,000-meter Square Identification for Your Current Location

A GPS receiver to show positions in MGRS or USNG formats will show the 100,000m square id as part of the coordinate. The will also show this for stored waypoints. A location can be converted from one position format to another by storing it as a waypoint in the GPS, changing the position format, and viewing the waypoint's location with the new format. 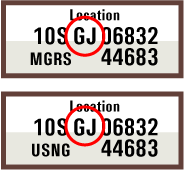 Using the UTM Coordinate to Determine the 100,000-meter Square Identification

The 100,000-meter square letters can be found given the UTM grid coordinates.

#1 locate the zone number in the list at the top of the tables shown below. This identifies the set of designators in which the letters will be found.

#2 Truncate the easting to 100,000 meters. Find the 100,000-meter easting grid line within the grid zone identified in the list at the top of the tables shown below. The easting lines are labeled below the table, from 200,000 meters to 800,000 meters within each zone.

#4 The 100,000-meter square will be to the right and above the intersection of the lines found in the table. 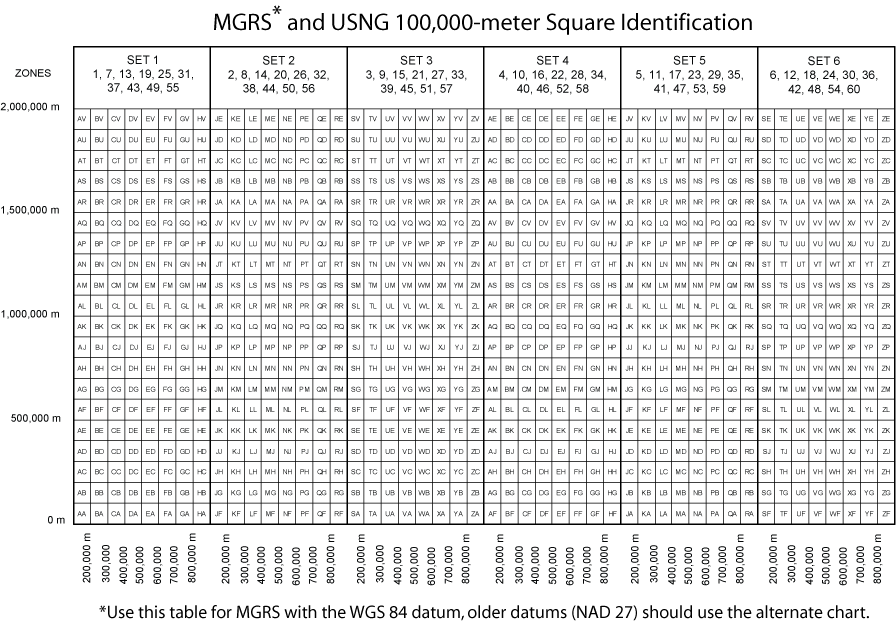 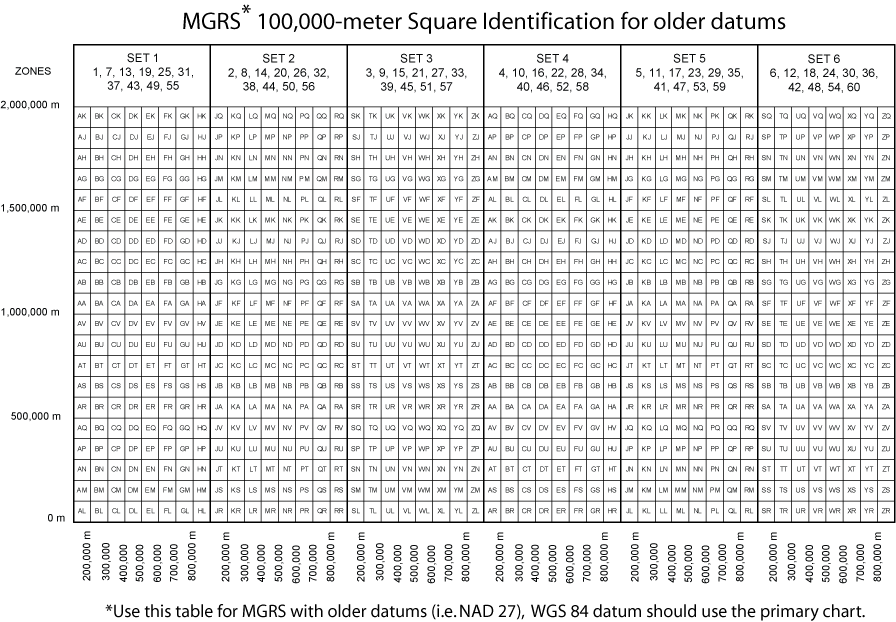 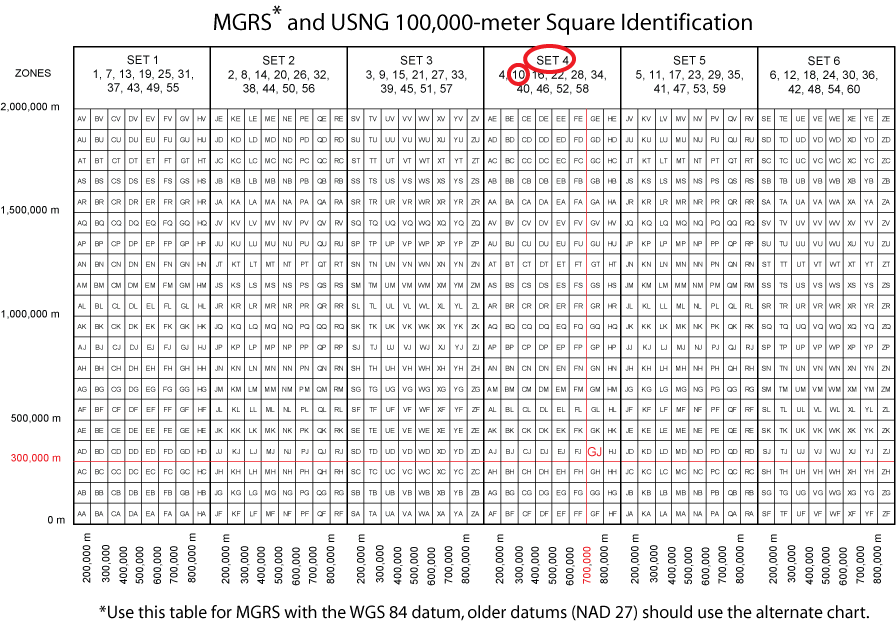