Understanding the three different north references is one of the most difficult things a new navigator has to learn. Most likely your map and your compass are using different north references. Compasses are inherently magnetic instruments, and most commonly measure angles relative to Magnetic North. North lines printed on your map are most likely aligned with either Grid or True North. The difference between Magnetic North and Grid or True North changes depending on your location. It also changes with the passage of time.

This page allows you to look up current values for Magnetic Declination and Grid Varience for any location. Then you can see what changes as you select various combination of north references to use on your maps and with your compass.

When you have settled on the combination that you plan to use, you can add a custom made Declination Reference Sheet to your shopping cart. We will print it out using a color laser printer onto Rite-In-The-Rain(tm) paper. You will get a folded pocket sized weather proof reference sheet, made just for you.

More information on using various north references with your map, compass and GPS can be found in our written and video tutorials.

Your internet IP address was used to find your approximate location. Use any of the location inputs below to set a different location.

Latitude and Longitude in decimal degrees. Negative numbers for western longitudes and southern latitudes. No need for more than 1 or 2 digits after the decimal place. 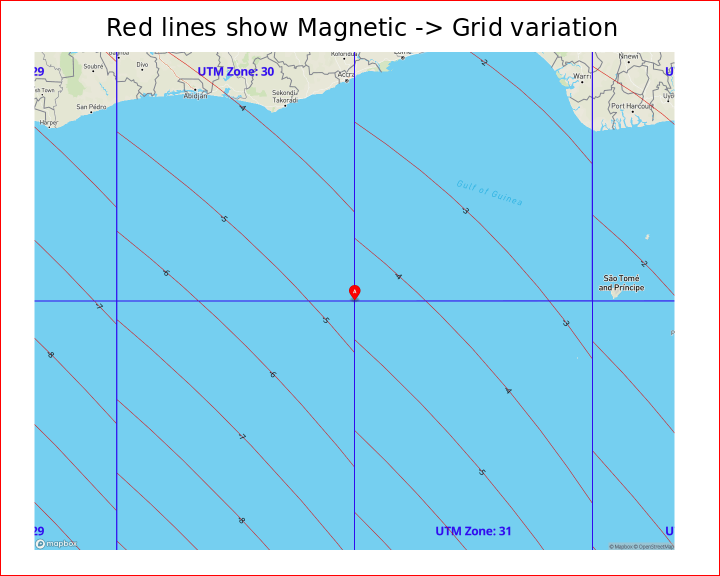 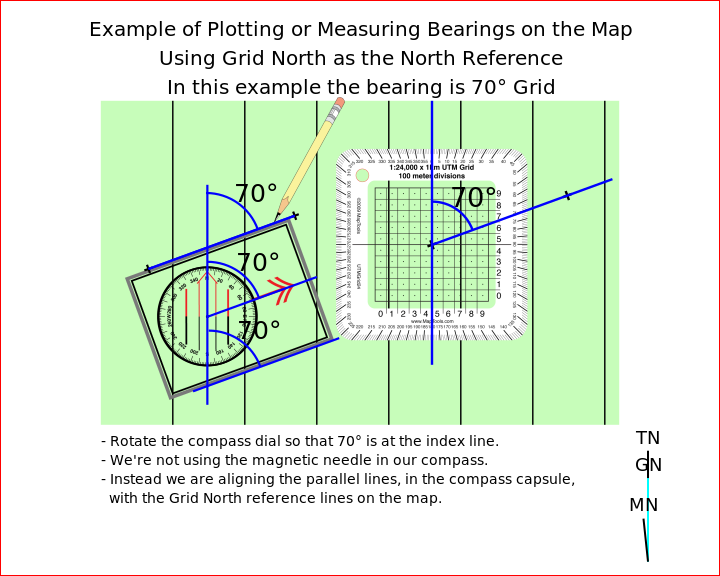 Step 3 - How you set up and use your compass 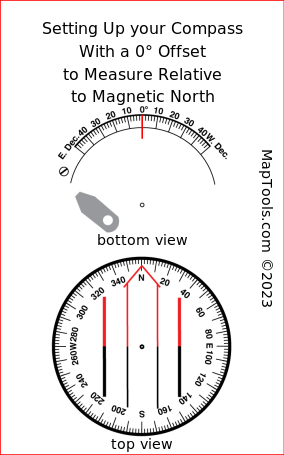 Your Declination and Grid Variance Diagram 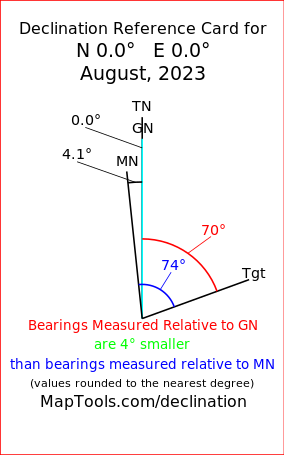 To understand how bearings using different north references are related it helps to draw an additional line onto the declination diagram representing the bearing to the target. On this diagram it's labeled "Tgt."

Remember that bearings are measured as angles starting at their north reference and measuring in a clockwise direction to the target. You indicated that bearings on your map will be measured relative to Grid North. In the diagram the angle between Grid North and the target is shown in red and measures 70°

Using a compass set up to measure magnetic bearings, the bearing to the target measured with the compass would be, 79°. Shown on the diagram in blue.

The difference between the Grid bearing and the Magnetic bearing is the 9° angle shown in green. This angle is a combination of the magnetic declination (the True-to-Magnetic angle) and the Grid Variance (the Grid-to-True angle), rounded to the nearest degree. 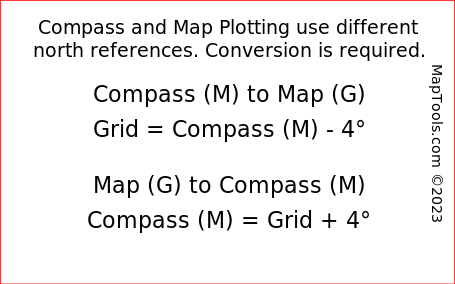 A few things to keep in mind 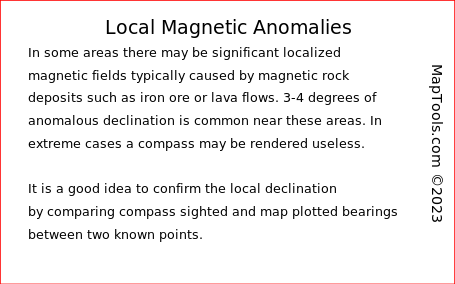 In some areas there may be significant localized magnetic fields typically caused by magnetic rock deposits such as iron ore or lava flows. 3-4 degrees of anomalous declination is common near these areas. In extreme cases a compass may be rendered useless.

It is a good idea to confirm the local declination by comparing compass sighted and map plotted bearings between two known points.

Download a PDF of your declination reference sheet and print it yourself...

...or add this reference sheet to your shopping cart and we'll print it on weather proof Rite-in-the-Rain paper for you.